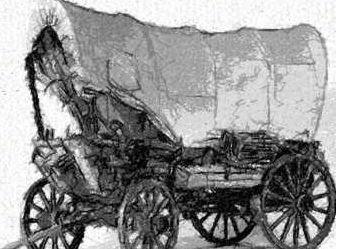 Check your family tree. Did you have a Homesteader? Many with roots in America during the 19th century will. Who were these individuals?

The US Government decided it was high time to get people out West of the Mississippi to settle on and improve federally-owned land. Despite some attempts to block the bill from passing, Abraham Lincoln signed the Homestead Act into law on 20 May, 1862. Essentially, anyone who was 18 or older, lived on the land and made improvements for five years (and a couple other requirements) could apply for the usual allotment of 160 acres.

One of the great aspects of this Act as it ties into genealogy is the application process. A portion of the lenient requirement checks were performed at the district land office by affidavit. They would ask a couple dozen questions of the claimant as well as at least two witnesses. Included questions would be how long the claimant has lived on the land, what improvements they’ve made, family descriptions and more.

Here is a snippet of information about my 2nd great grandfather George E. Hollister who homesteaded in California:

Here, we have a response for each year – detailing how much barley and wheat was produced. George even goes into detail about how every season he let the hogs eat the remainder of his crops.

Another great snippet provides some insight into what he went through to get the land:

It specifies the actual date of settlement on the land – as well as explaining he lived in a tent until his house was completed.

So the question remains, do you have a Homesteader in your family? I can help.